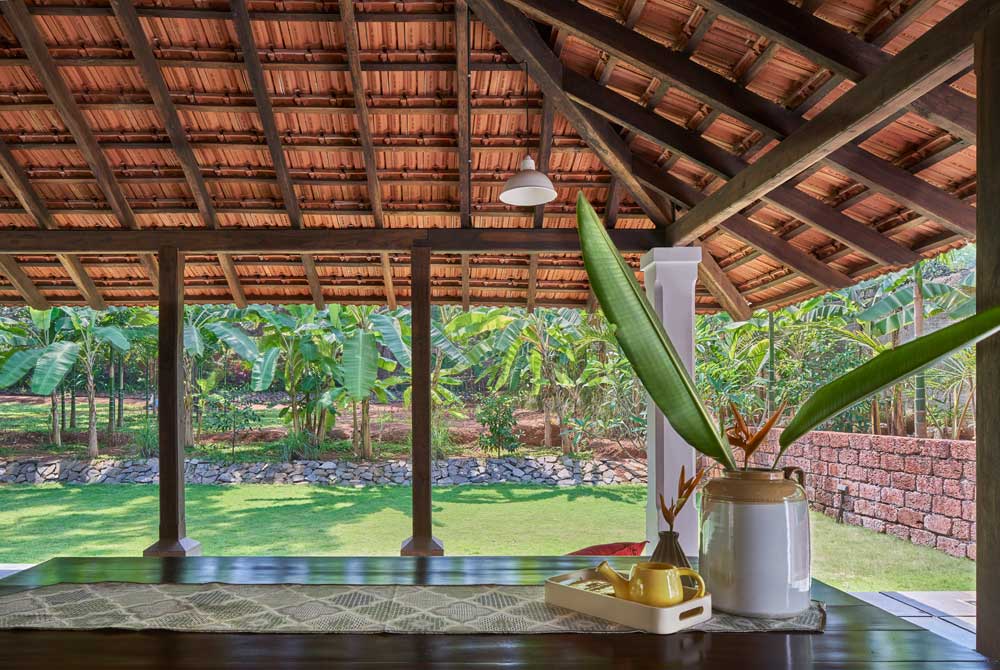 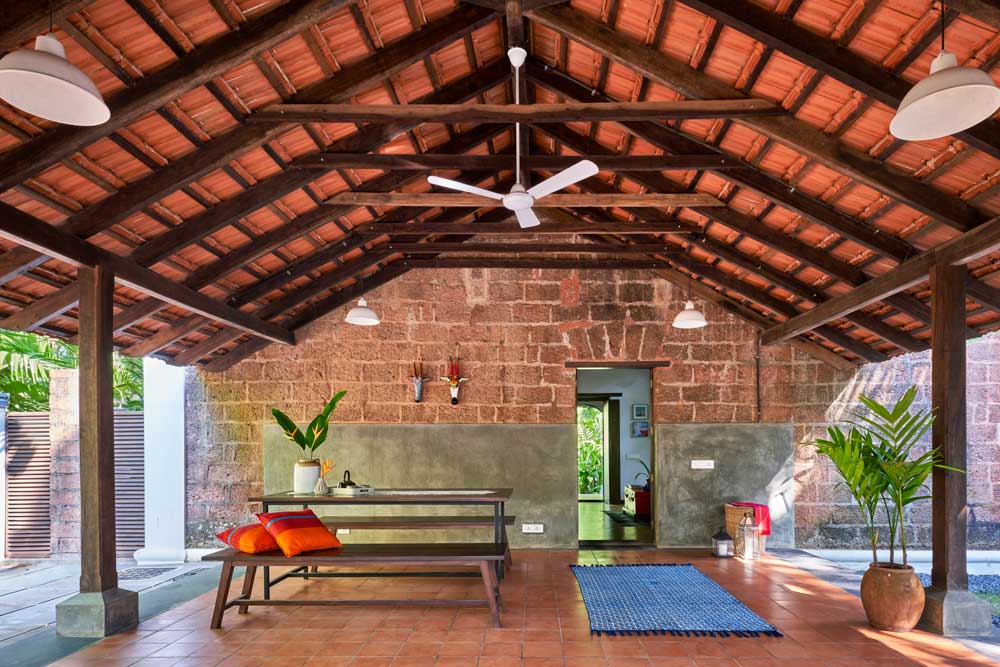 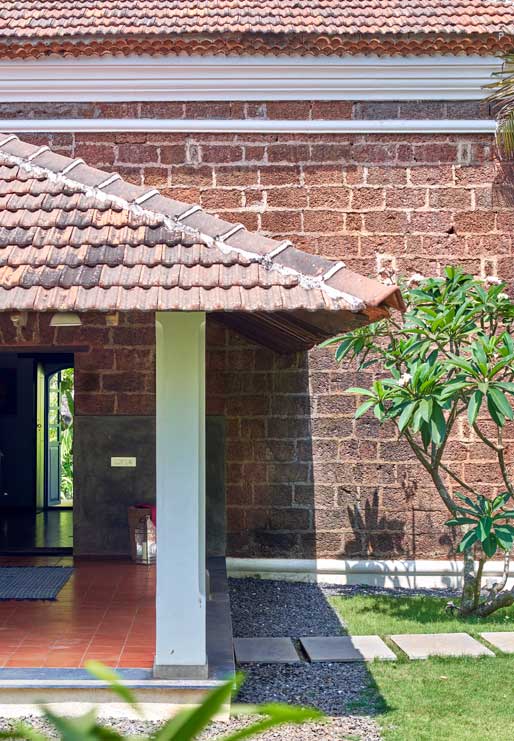 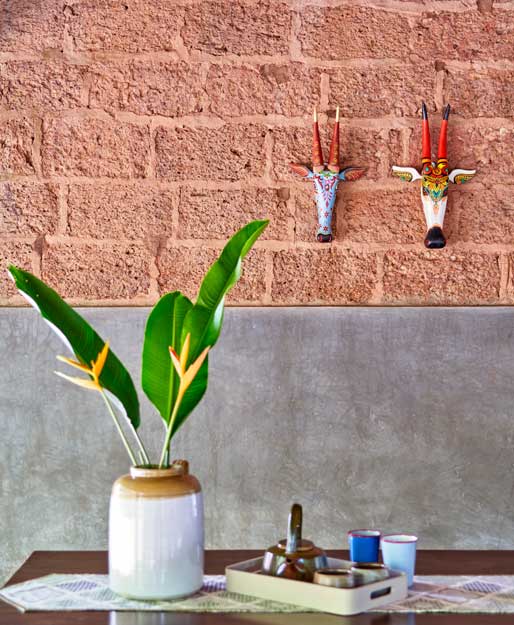 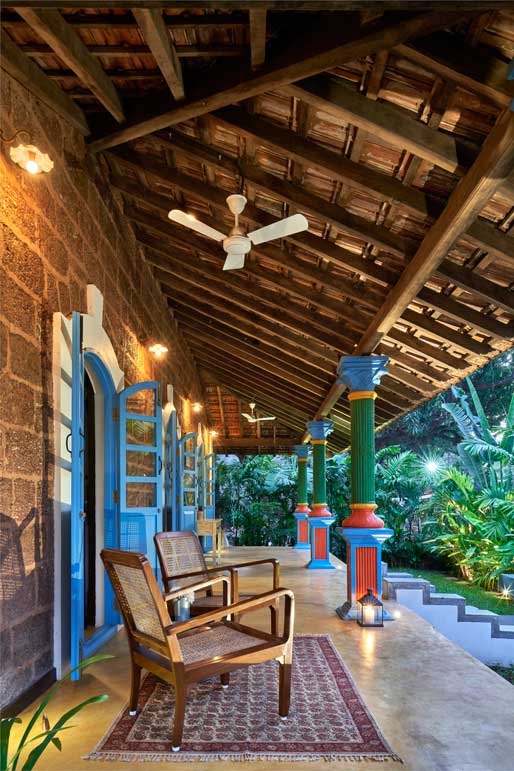 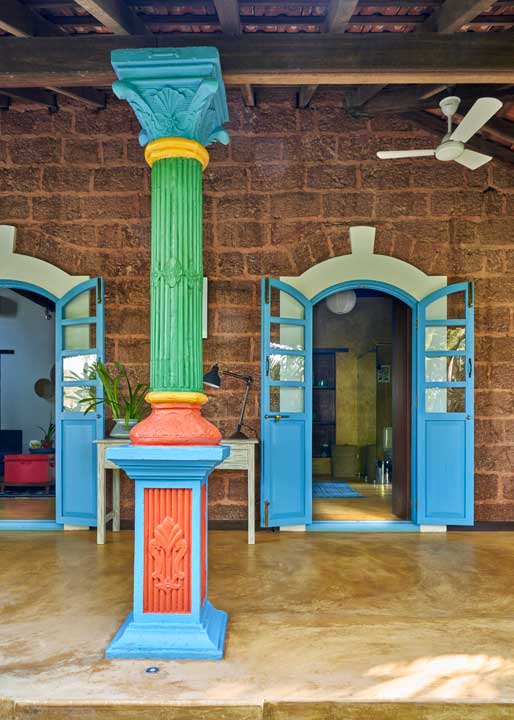 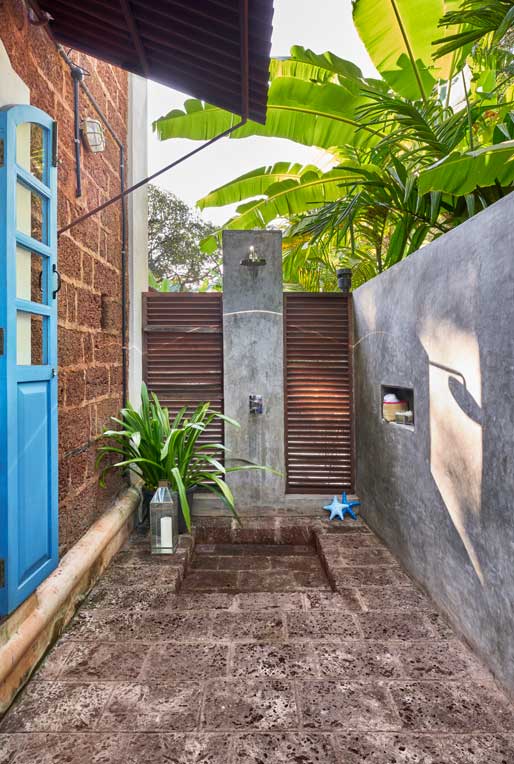 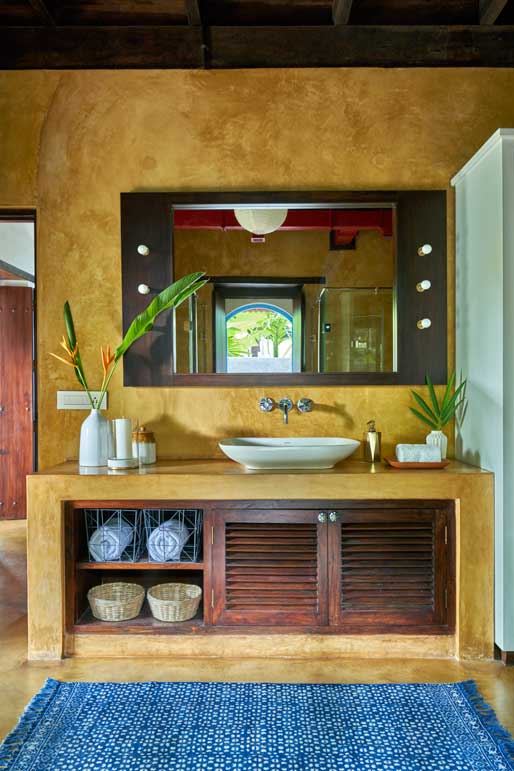 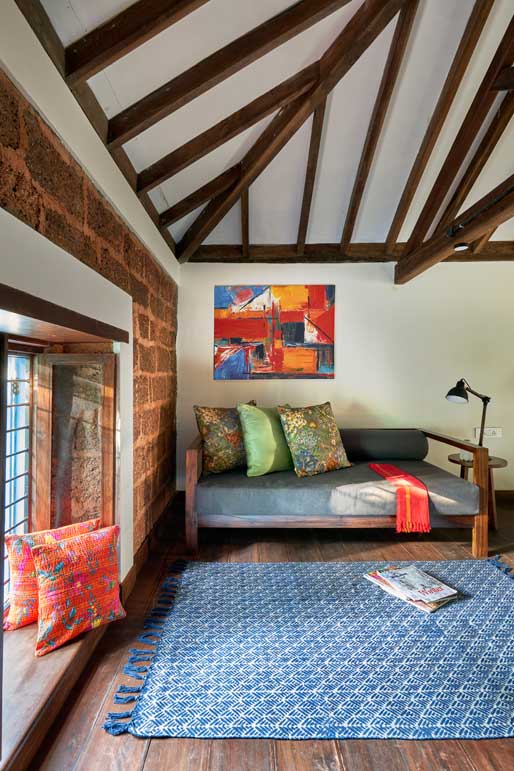 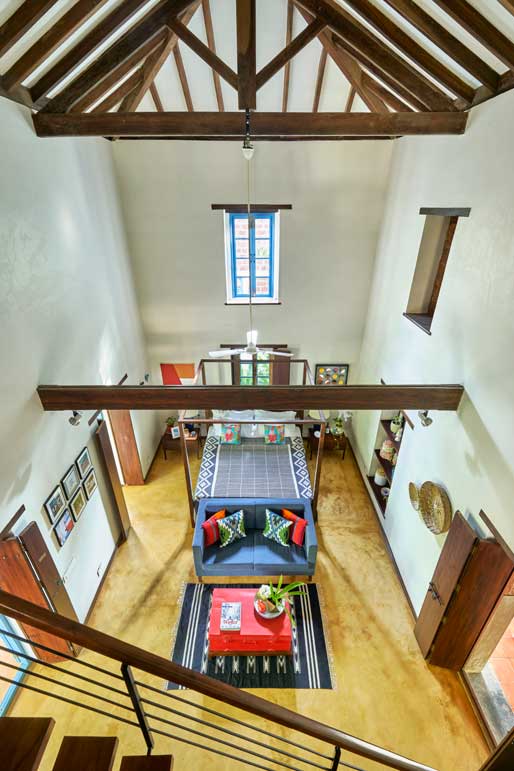 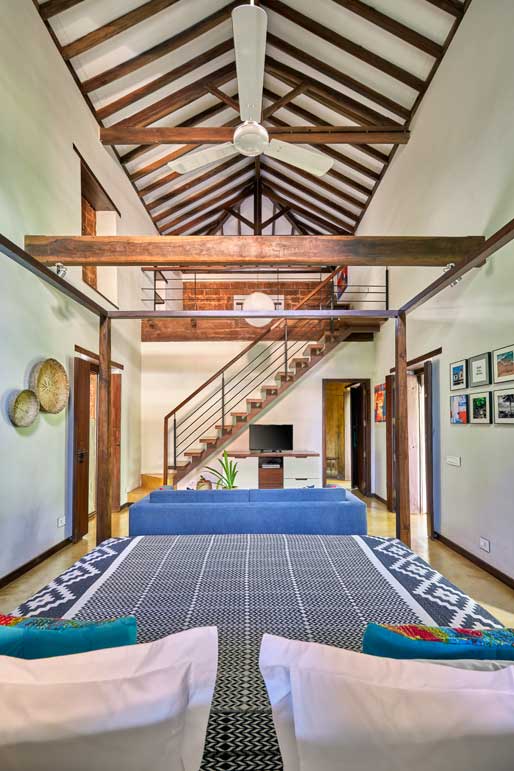 This house was originally built in the early 1900s by the grandfather of its current owner but was never lived in. Almost after a hundred years since it was built it has been conserved and renovated to be used as a guest house.

The original structure was built entirely of un plastered laterite masonry and consisted of just one large double height space and a patio overlooking the street. As the structure was too small to be sub divided into multiple rooms we decided to use the whole space as a loft style single bedroom suite with a large bathroom, a open to sky shower and a lounging space in the loft. The existing front patio and the rear pavilion which was added as an extension were intended to be the semi open living spaces that seamlessly connect with the lush landscape.

The old walls have been carefully conserved and restored to its original character where needed and are rendered with smooth plaster only on some of its internal walls.

The material palette is very simple, earthy and locally sourced comprising of laterite stone, polished cement floors, timber and paint. The furniture and decor is a mix of minimal design, found objects and up cycled products.