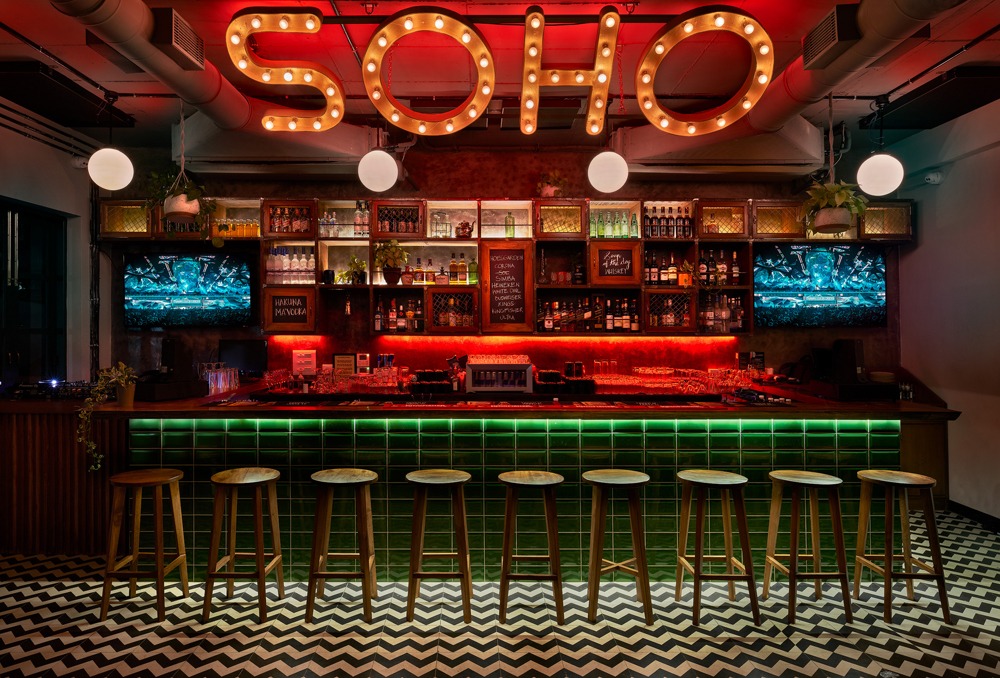 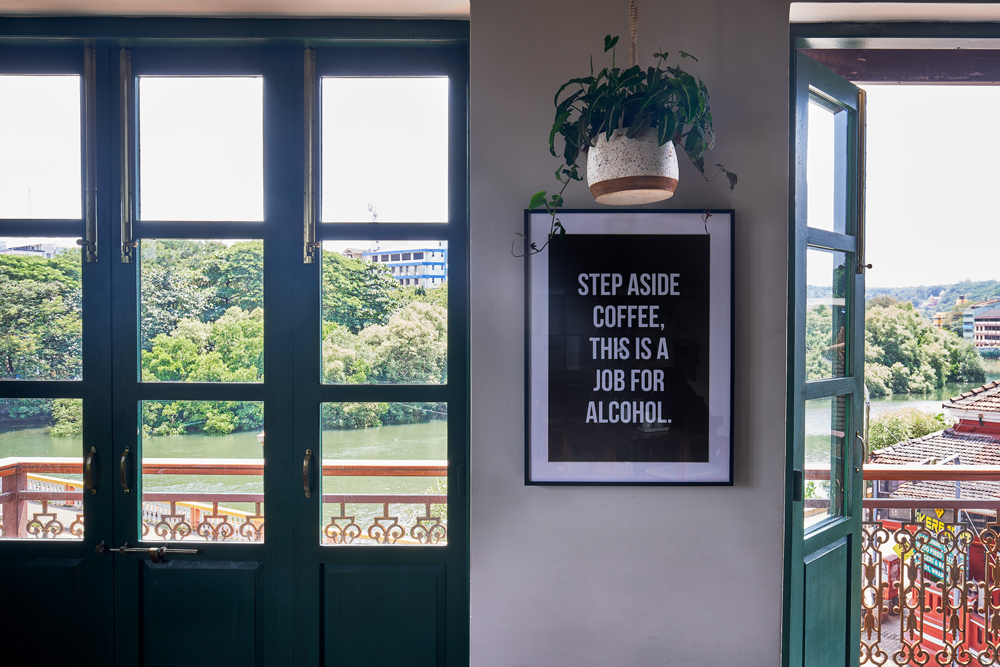 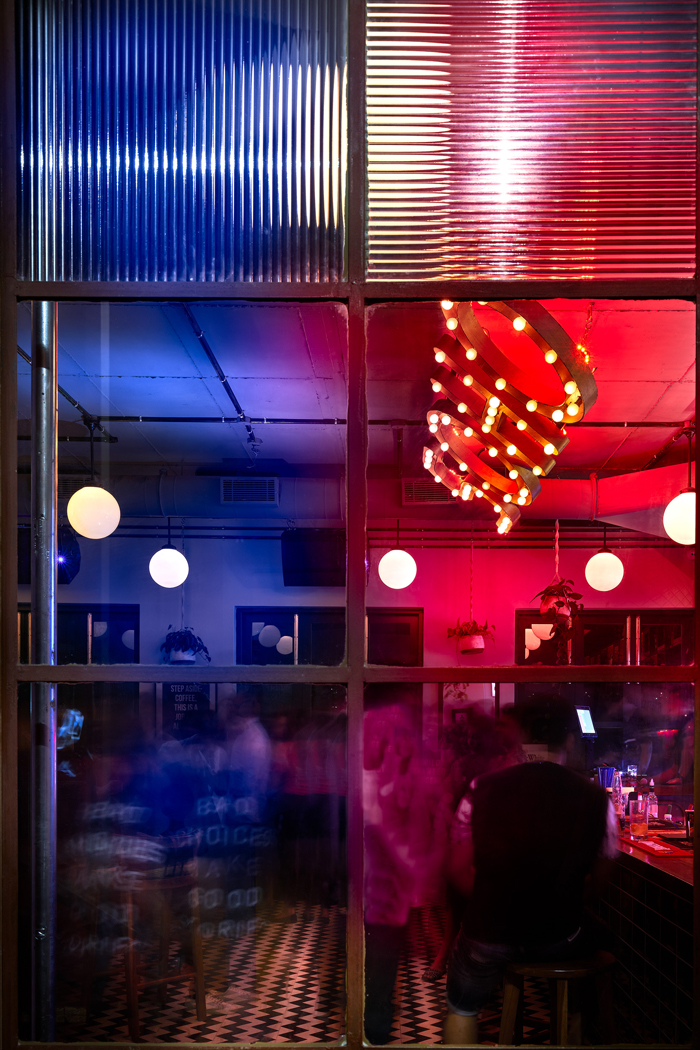 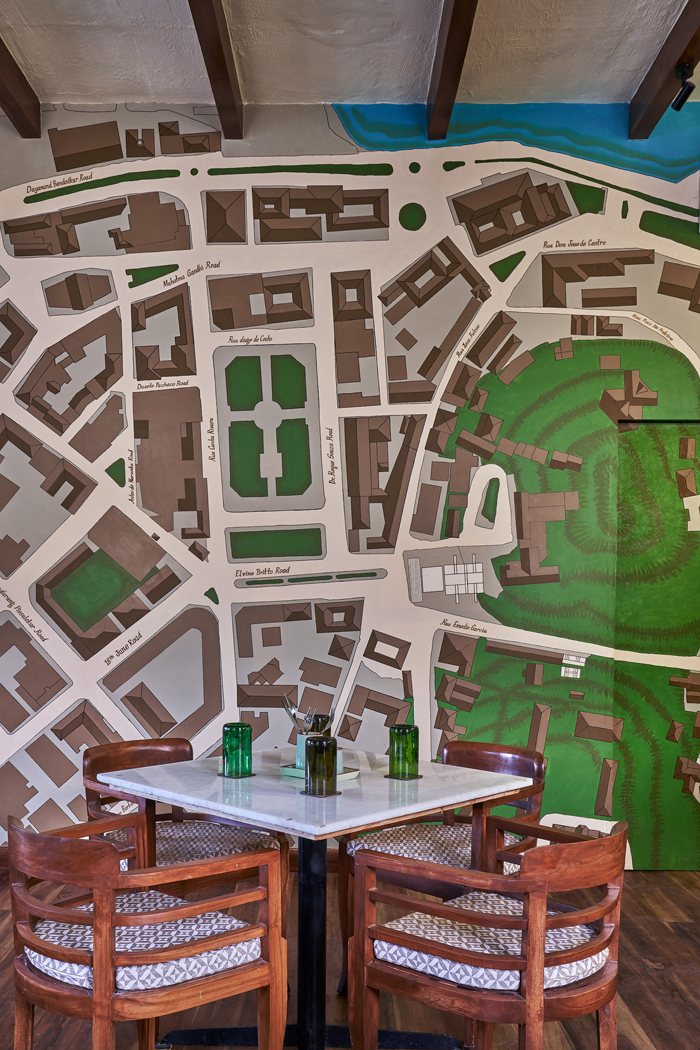 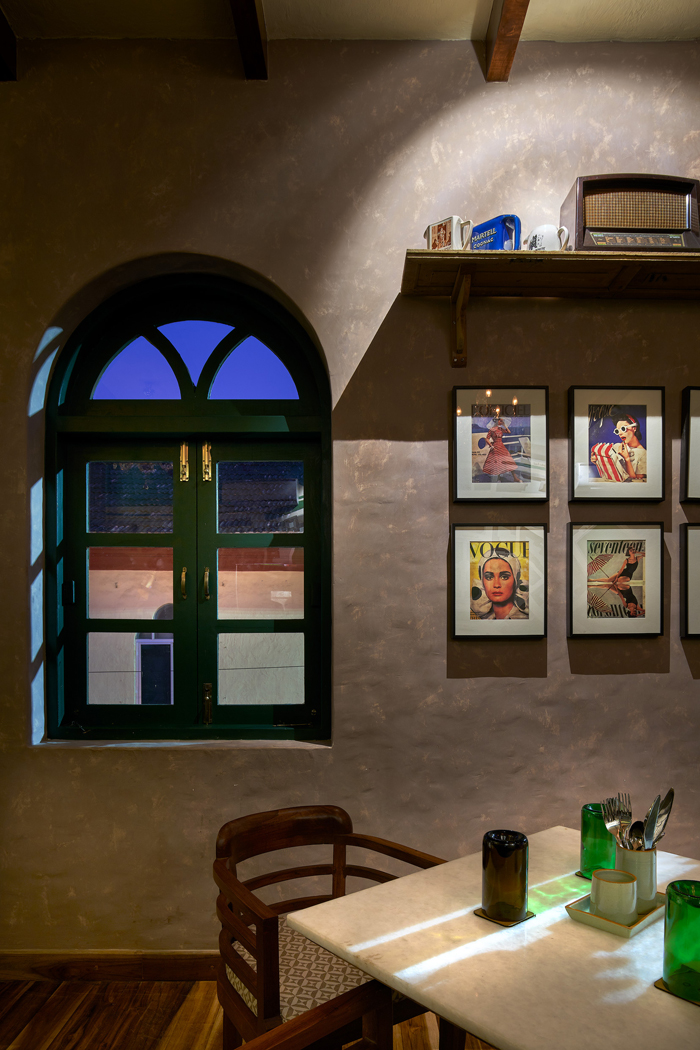 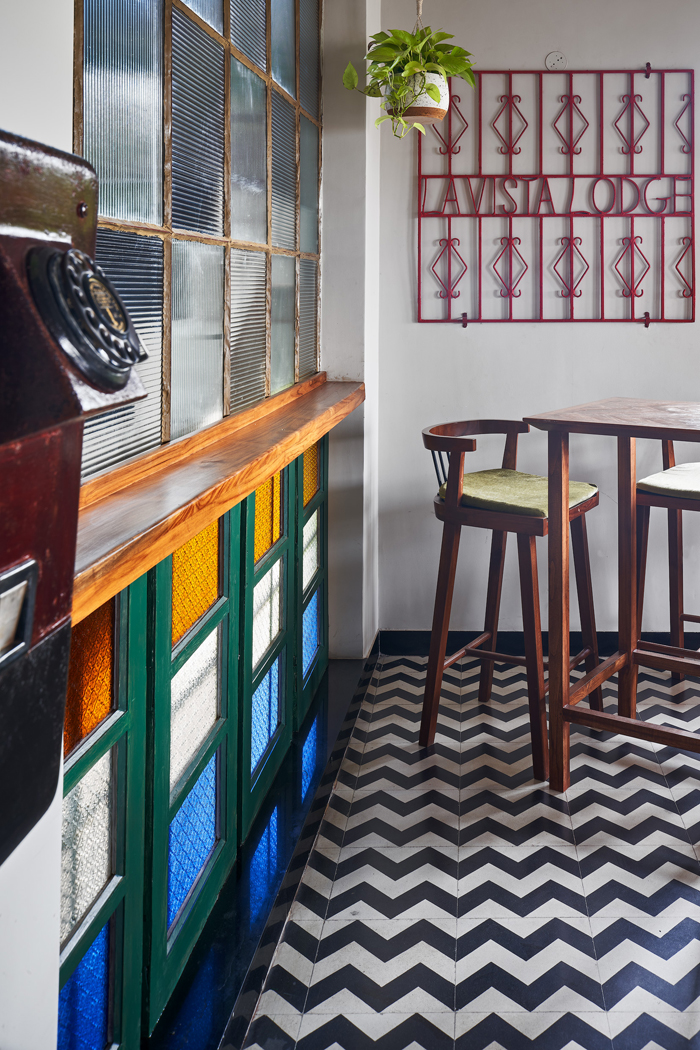 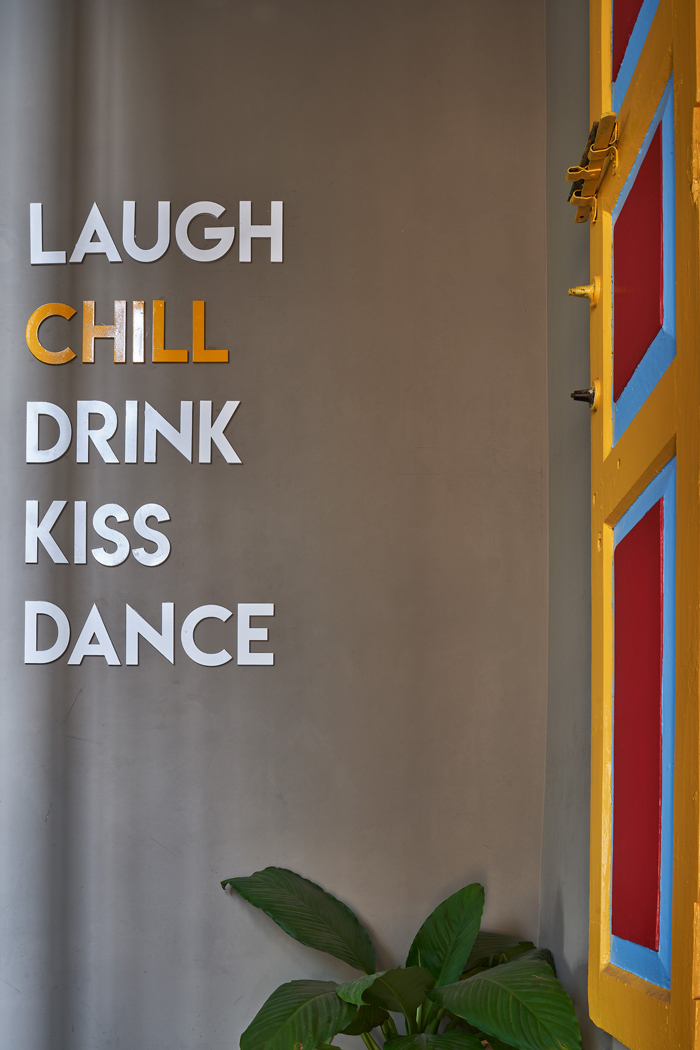 SOHO is located at the eastern most part of Panaji. This precinct used to be the earstwhile commercial center of the city during the Portuguese times and even after liberation. As the city grew and spread westwards this part of the city fell into decay and businesses died. The building that existed in this location housed a lodge called La Vista Lodge, which also had shut down several years ago. My client took over this building and decided to undertake an urban renewal project in this conservation precinct. We had to adhere to the conservation guidelines and ensure that the needs of the new functions did not obscure the exterior character of the building. So we adhered to these guidelines and renovated/reconstructed this building by conserving its essential character. while the ground floor of this structure will be leased to a music store we also designed a two level restaurant/pub on the two levels above the ground floor. While the first level is a semi casual restaurant/bar with a slightly old world character and featuring a mural of the plan of the city on one of its wall. The upper level is a very trendy pub with high seating for the right party atmosphere.