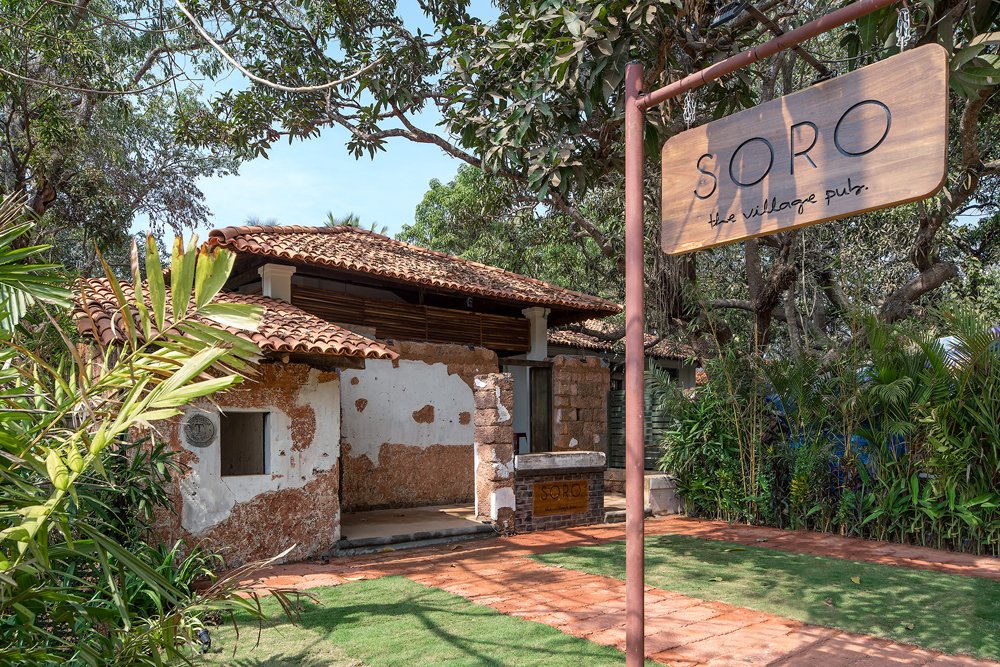 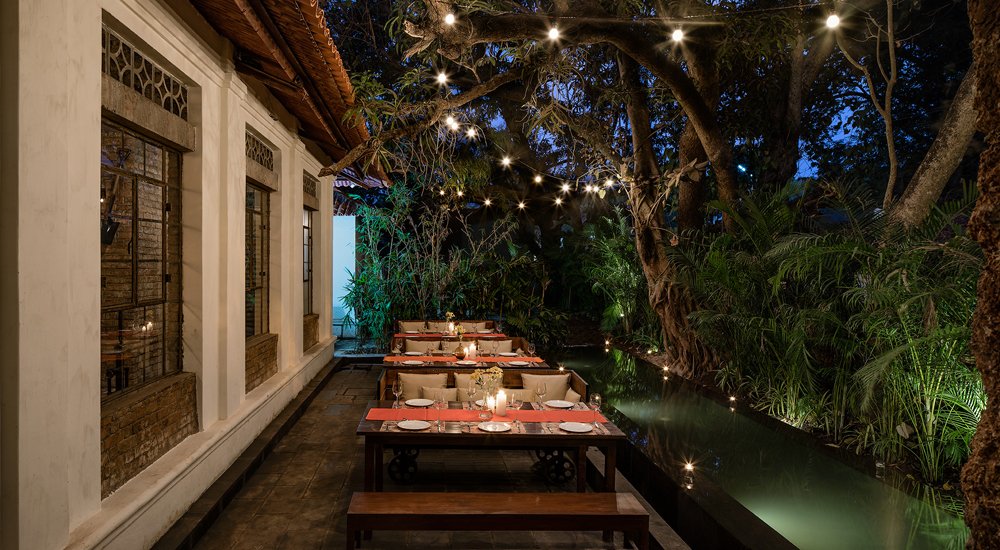 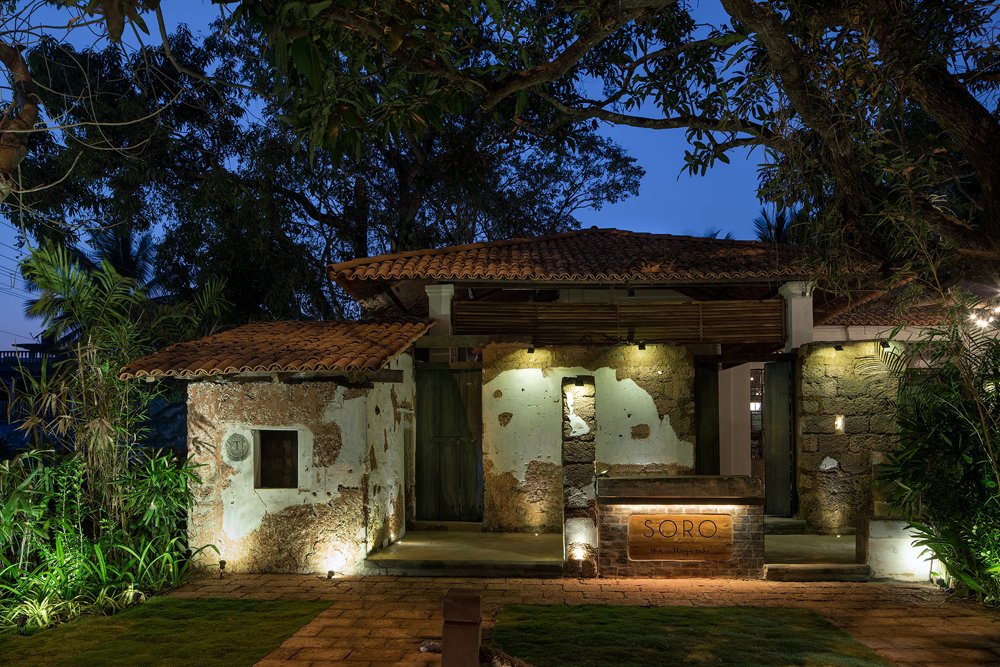 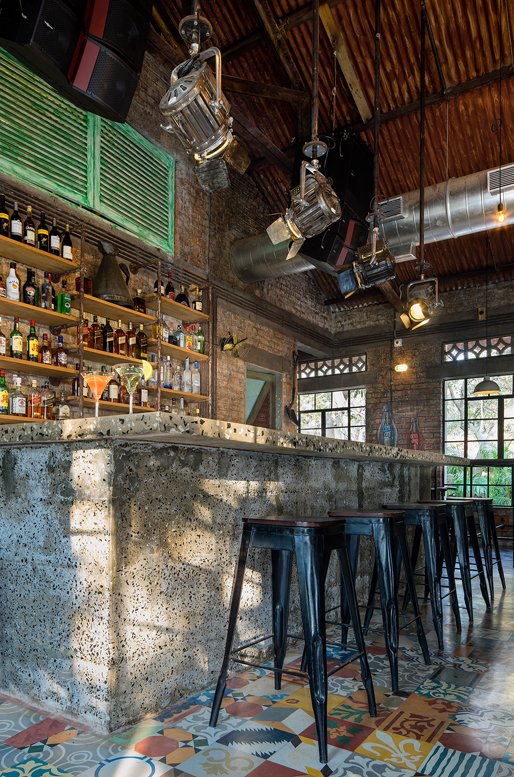 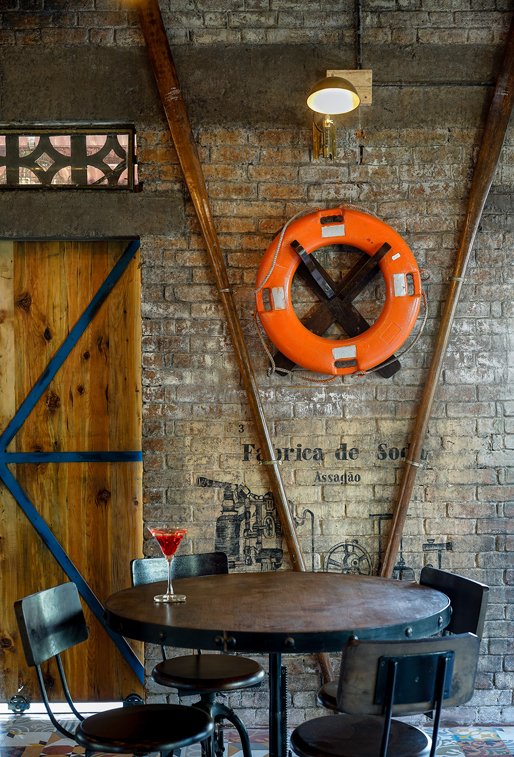 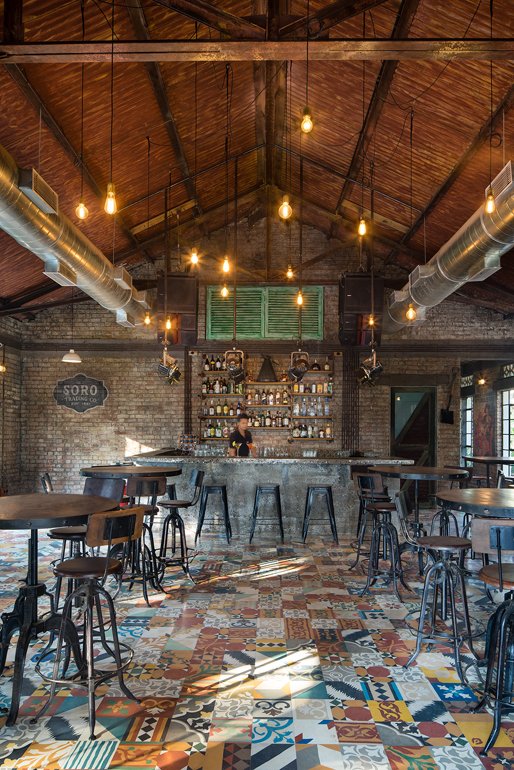 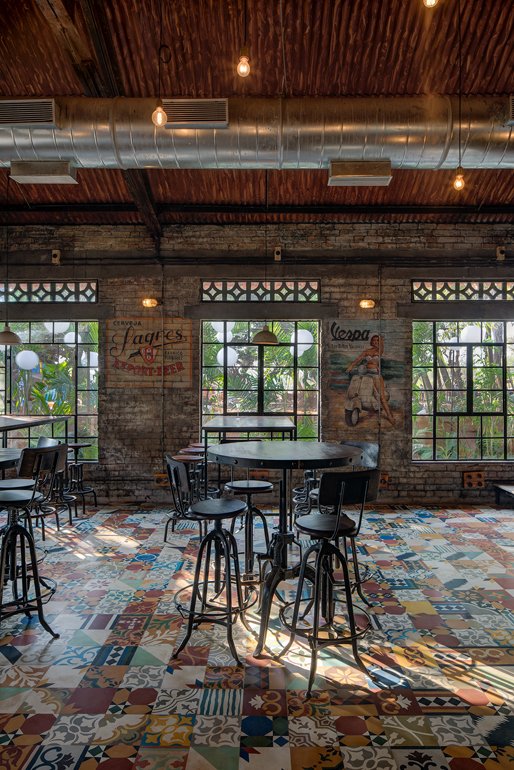 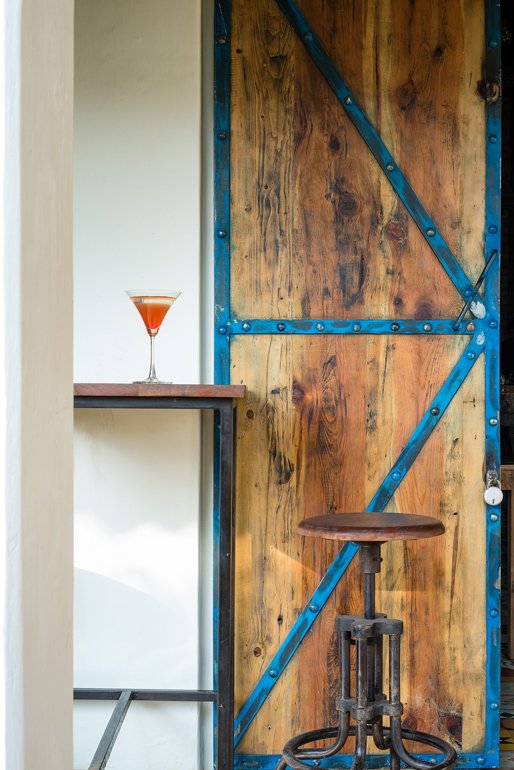 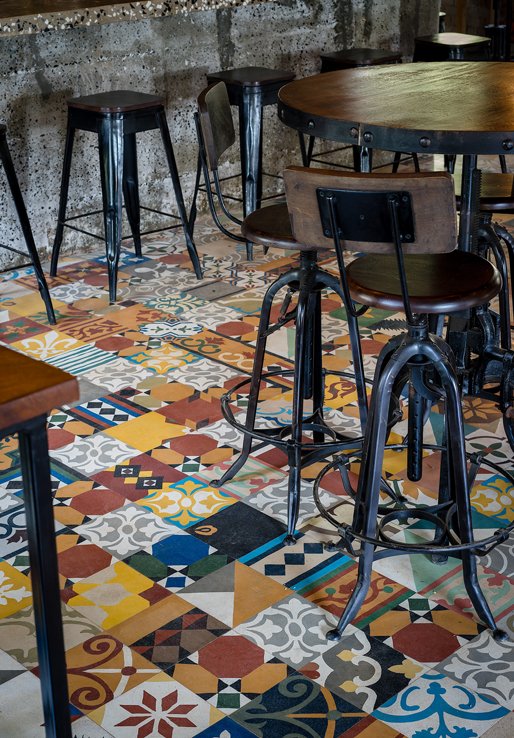 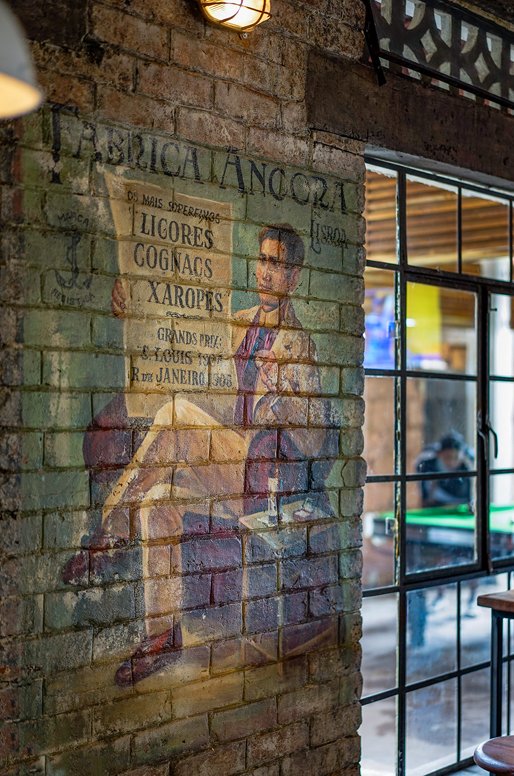 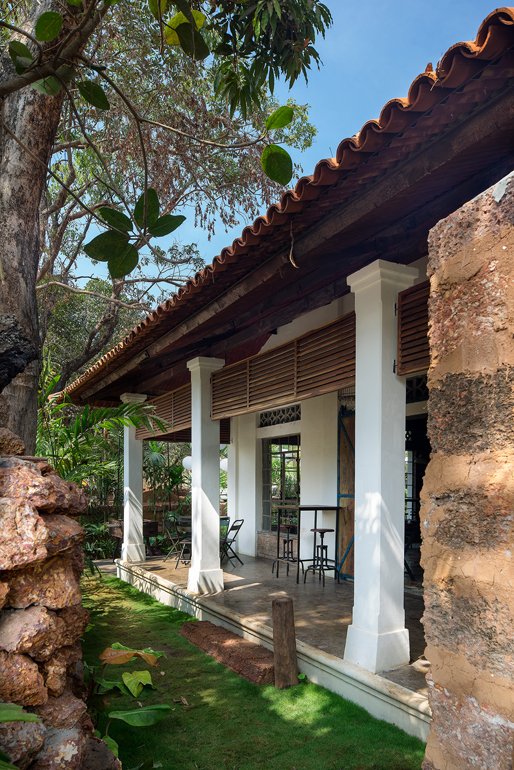 "Soro", meaning alcoholic beverage in Konkani is a tavern conceptualised within the ruins of an old corner store. The corner store itself became the protagonist in the story of the bar; the design is centred around the concept of a 1940’s warehouse owned by a local dealer who traded in different merchandise. Thus retaining as much of the original structure as possible became pivotal. The three walls that stand at the junction of the roads abutting the site have been left largely untouched. Their dilapidated charm became the perfect opportunity to create an understated entrance into the young, hip, industrial chic bar that unfolds within. The interiors have been brought to life with vintage graffiti and bold elements of graphic design in the cement tiled.