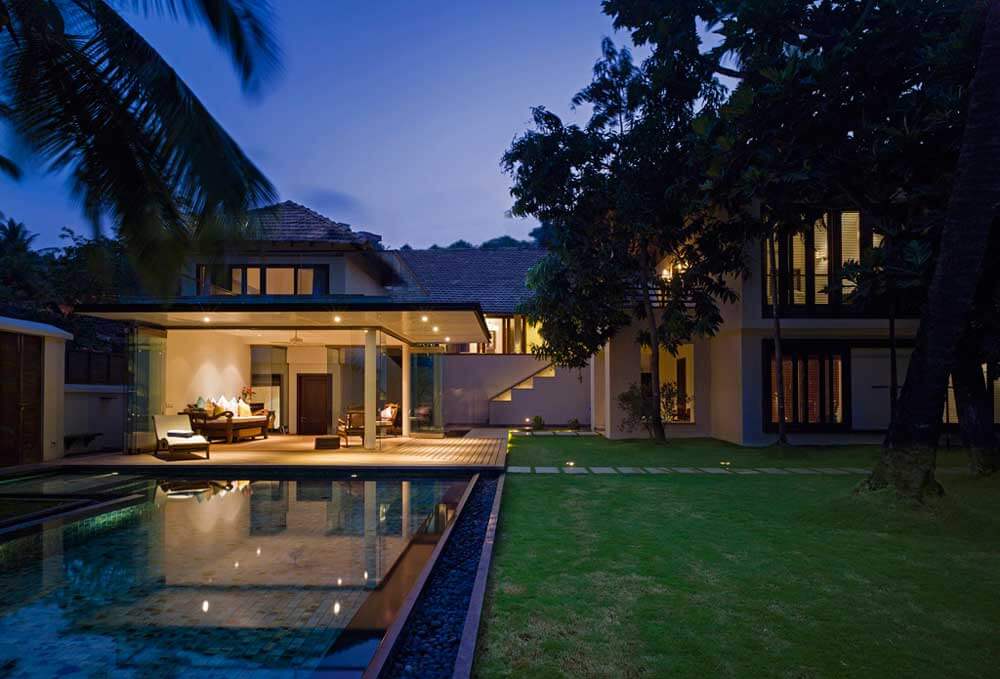 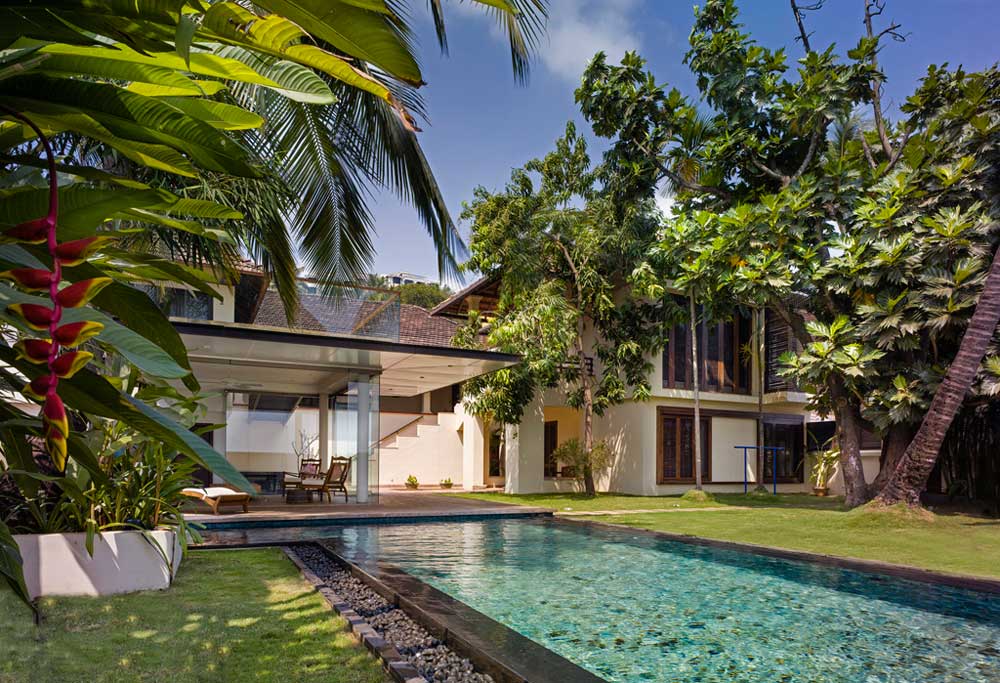 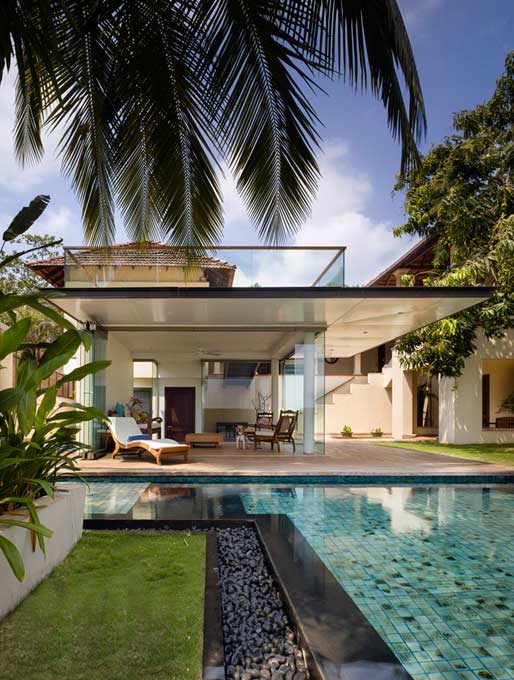 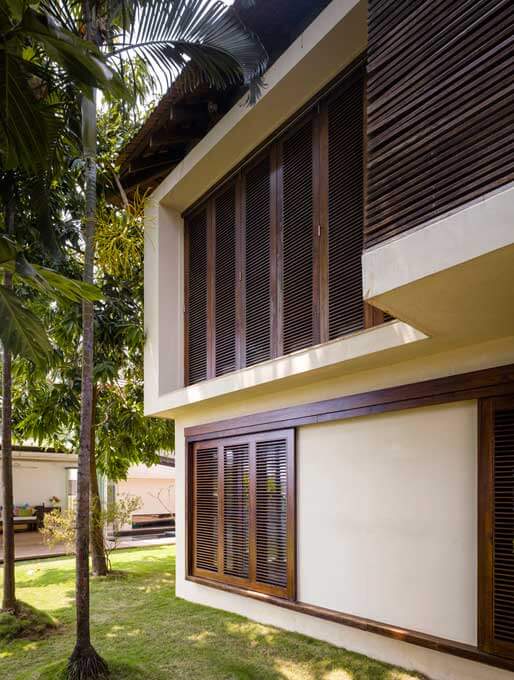 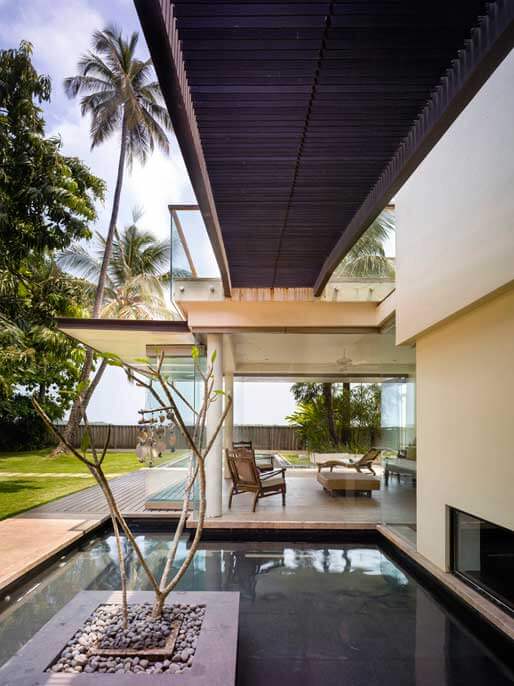 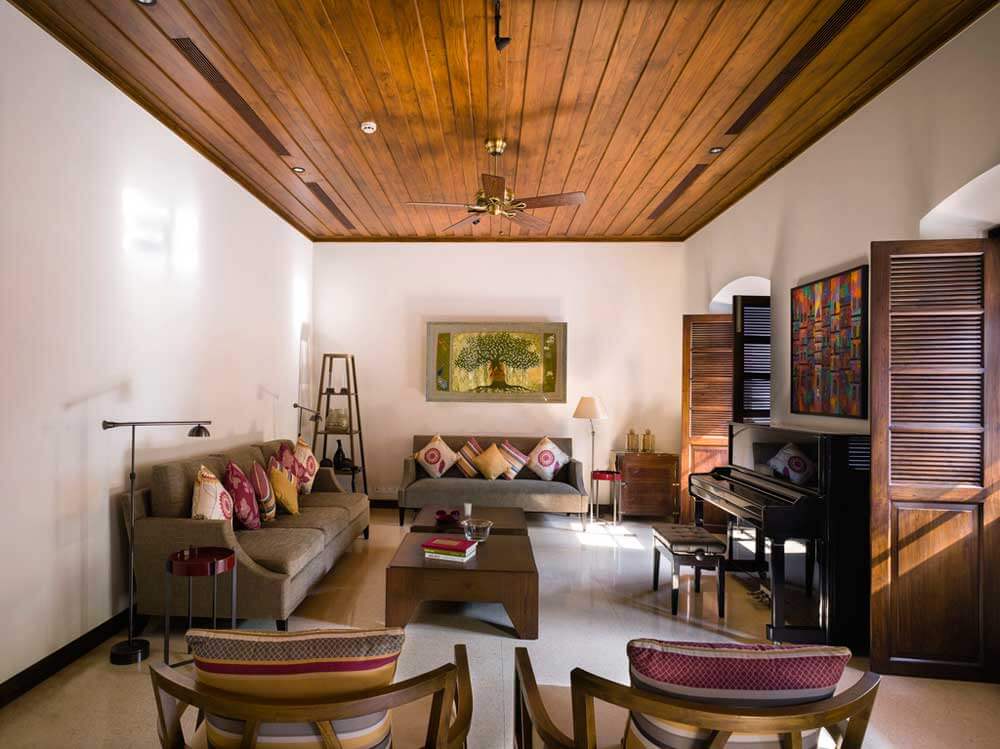 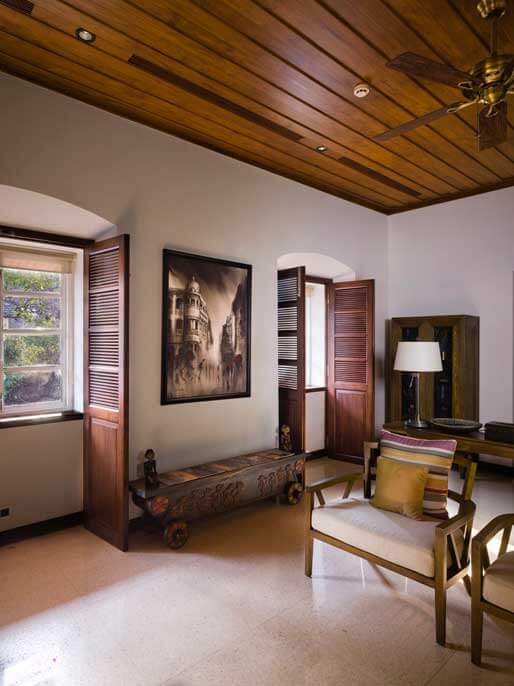 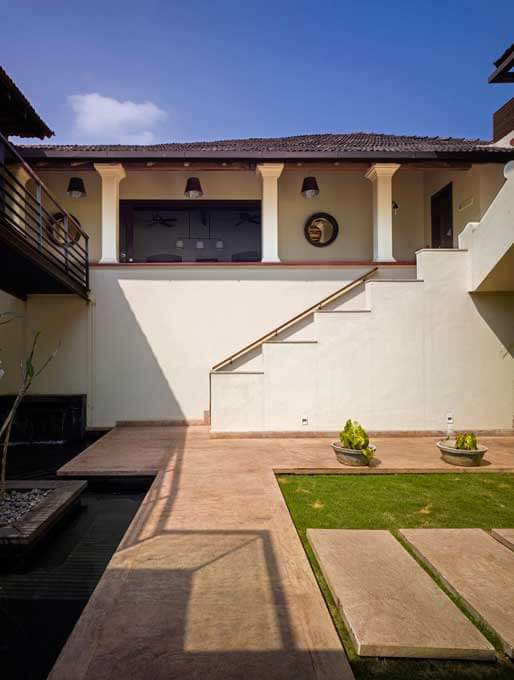 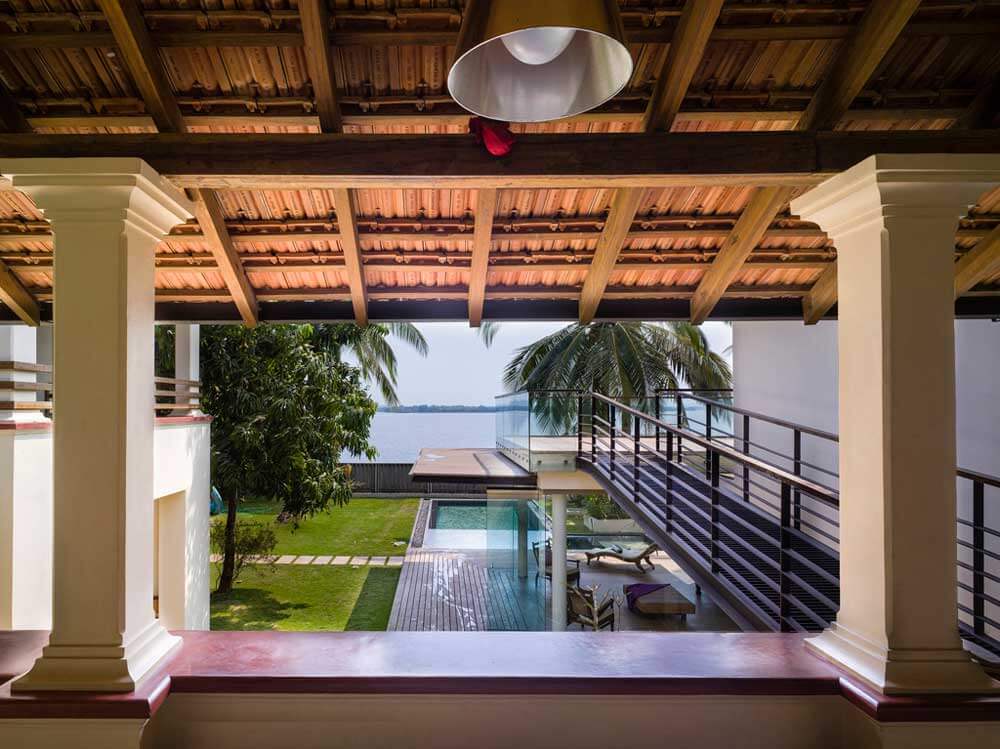 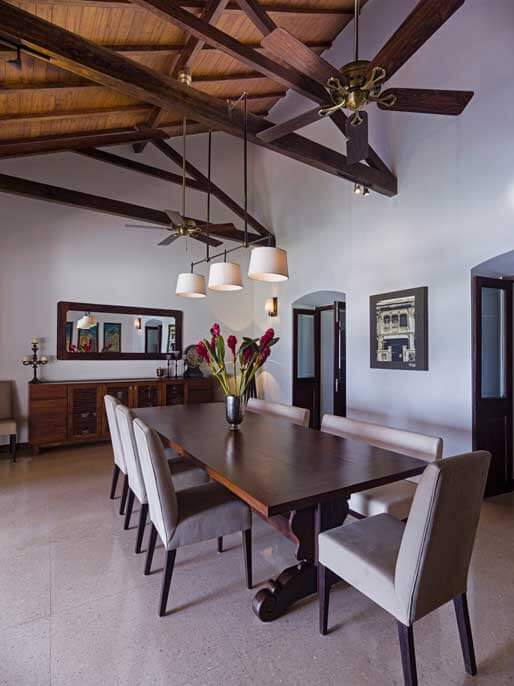 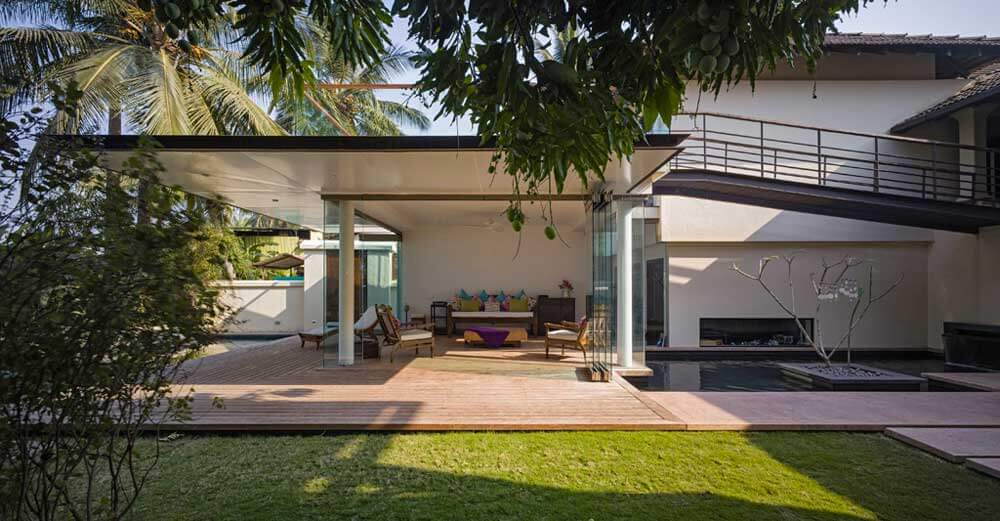 The villa was originally built in the early 19 th century and is located on the banks of the Mandovi River in Goa, India. The design brief entailed retaining as much of the original structure as possible and adding a new wing as an extension. The exterior of the old house has been meticulously restored to its original character involving extensive research on the building style of the period, and rather than emulating the design style of the original villa for the new wing, it follows a contemporary design language so that a degree of lightness and modernity is introduced into the house.